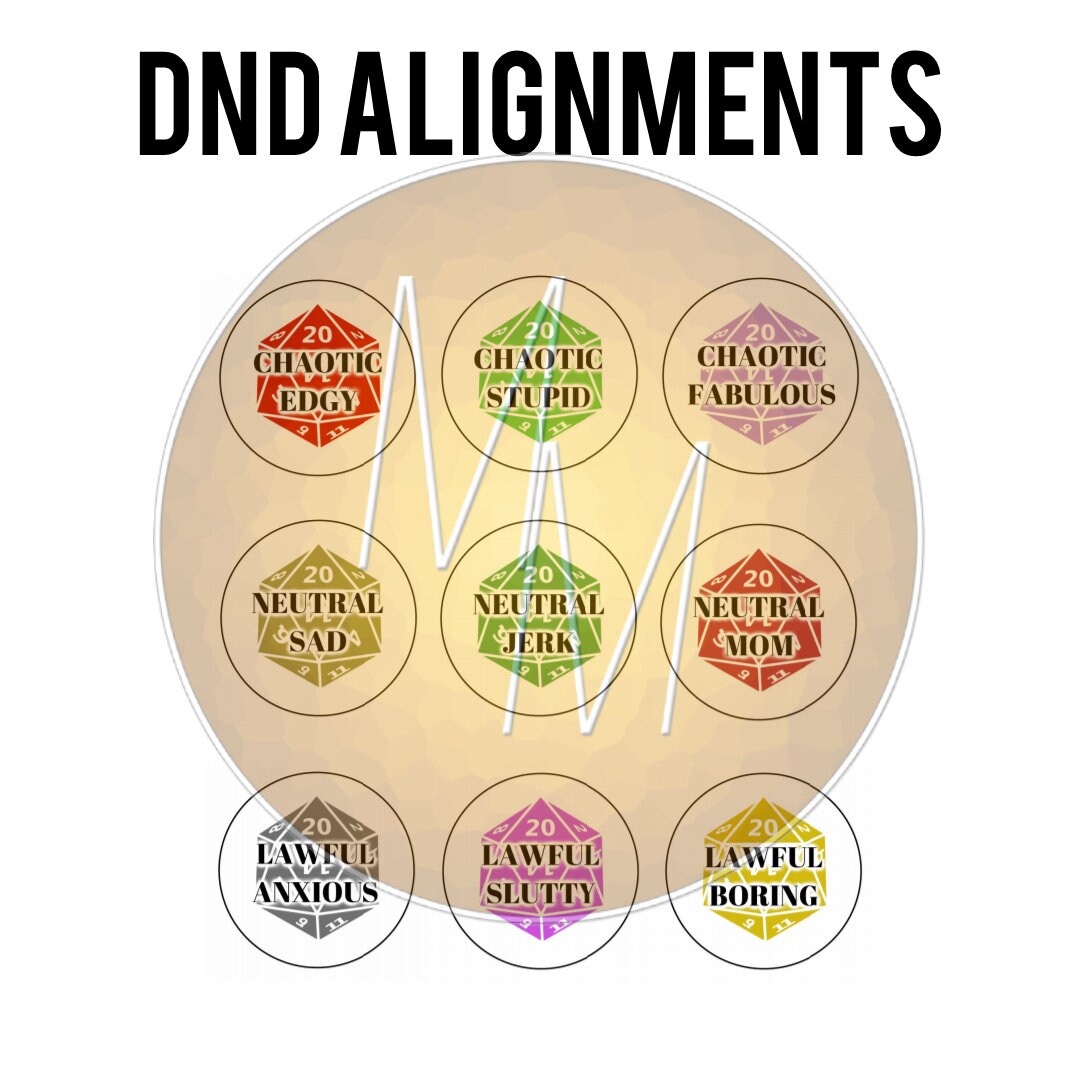 Tired of the original, limiting 9 alignments? Boy do we have just the thing for you! The set of nine buttons makes a great gift for your local DM.

CHAOTIC EDGY - The obligatory party edgelord. Does 'bad things' because they're 'cool'. Probably wears a lot of black and leather. Probably a vampire.

CHAOTIC STUPID - Flings themselves headlong into... Everything. Battle. Ponds. Gelatinous Cubes. EVERYTHING.

CHAOTIC FABULOUS - Probably your party bard. Glitter, silk, makeup, preens like a peacock every morning and makes all the rest of you late for breakfast.

LAWFUL BORING - Makes the rest of the party yawn simply by existing. Follows every law of every land in exhaustive to-the-letter detail.

I'll do my best to meet these shipping estimates, but can't guarantee them. Actual delivery time will depend on the shipping method you choose.

I gladly accept returns and exchanges

Ship items back to me within: 45 days of delivery

But please contact me if you have any problems with your order.

The following items can't be returned or exchanged

Because of the nature of these items, unless they arrive damaged or defective, I can't accept returns for:

We are open for customs almost every day of the year! We usually close our custom orders the first week of December to allow us to catch up on holiday orders, and usually re-open them in early January.

We ship all our orders in comfy padded envelopes with either cute organza drawstring bags or seasonal treat bags! Please contact us if you would like specific packaging or gift tags.

There are a fandoms that we do not, or generally do not, produce fanworks for. These include, but are not limited to:

This protects us as sellers, and you as buyers.

We do our best to keep our social media feeds up to date on what events we plan to sell in person at! Follow us on Facebook or Instagram for all the juicy details.

0 items in your cart